What has not been said about the Iberian Ham and salted products, derived from the Pure Iberian Pork? Fed only with acorn, this variety comes from the plains of Salamanca, Extremadura and Huelva.

Have you ever heard about the “migas aragonesas” and other typical dishes of Aragon?

Did you ever sample the lovely rosé wines of Navarre and the fresh luscious vegetables from its fertile fields? The most reputed dishes are the “menestra” and the “pochas”.

Would it not be worth visiting La Rioja region with its world famous wines? And what can we say about La Rioja cuisine, that it is a combination of the best dishes of Aragon, Navarre and Basque Country with some elements of the Castile and Leon cuisine?

Who has not heard of the cuisine of the Basque Country and its fish specialities? A land of chefs par excellence, it is a paradise for gourmets.

Not to mention the famous Coastline of Galicia, with the shellfish in the Low Estuaries. The barnacles of the High Estuaries are highly appreciated, especially those of the Coast of Death. And what about the Carril clams, served with a good Albariño or Ribeiro white wine?

What can one say about the delicious cheeses of Asturias? Some of them are cured in caves placed in almost inaccessible places. The typical “fabada” and the local cider are not to be missed.

Who would not take the chance to try the roast piglets and the tender roast lambs in Castile and León or the Burgos “morcilla”? What about the wines of the five Origin Denomination kinds of the region?

In the Castile-La Mancha, the continental climate and harsh winters have created such cookery elements as the cured cheeses, the “gazpacho manchego” or game dishes. La Mancha wines have been awarded several prizes in national and international contests in the last five years, basically with very good red wines.

YOU HAVE TO EXPERIENCE IT AND TASTE IT

The Spanish Gastronomy awaits you.

GAMMA TOURS WILL SHOW YOU THE WAY TO IT!!! 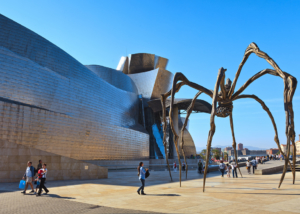 THE IBERIAN HAM – FROM SALAMANCA TO HUELVA (8 days/7 nights)

THE IBERIAN HAM – FROM SALAMANCA TO HUELVA (8 days/7 nights)